The 2018-2019 flu season started unobtrusively. But, if it worsens between January through April 2019, are you protected if you had a flu shot in September? Is it too late to get vaccinated now? Should you get vaccinated at all? I’m not an anti-vaxxer. However, there’s some validity to anti-vaxxers’ concerns. Not all vaccinations are safe all of the time. Nor does every vaccine protect everyone from infection. In light of last year’s tough influenza season, it’s time to review the safety and value of vaccination. Let’s take a closer look at the flu shot.

The CDC’s answer is more people should get a flu shot. But I believe there’s more to beating the flu than vaccination.

Influenza virus is dynamic. It spreads across different animal species, not just infecting humans. There are three main types: Influenza A, B, and C. Influenza A is subdivided into H and N subtypes, creating 144 possible combinations. The evolutionary path keeps going and new variants emerge all the time.

Influenza activity varies year to year. Typically, influenza originates in the Southern Hemisphere, and in just a few months it spreads across the globe. It’s active for several months, reaches a peak, and then dissipates until next year’s fall and winter season.

So far, this season’s influenza activity in the U.S. and Canada is less severe than last year. Public health statistics suggest a typical flu season. But, that could change.

Typically, flu cases in the Northern Hemisphere peak between mid-November and the tamper off in February. However, that pattern is changing. Last year’s flu hit hardest in late January 2018 and maintained peak levels through March. It didn’t wind down until late May.

Does A Flu Shot Protect Against Seasonal Influenza?

Last year’s flu shot was almost ineffective. The CDC claims the 2017-2018 Trivalent Vaccine for Influenza A(H1N1), A(H3N2), and B was 40 percent effective. However, it was only 25 percent effective against the robust H3N2 strain, and that was the strain that made people so sick. Other sources contradict the CDC claims. A study at Rice University found the vaccine less than 20 percent effective. (Bonomo & Deem, 2018)And in Australia, the vaccine was only 10 percent effective against H3N2. (Sullivan et al., 2017)Even if influenza vaccines work half the time, it still doesn’t prevent catching the flu. However, if you do get sick, your symptoms may be milder. It might keep you out of the hospital. And, if you’re at high risk from complication from the flu, as are pregnant women, older people, and those with compromised immunity, it could make a difference in surviving the flu.

Influenza virus biology is a massive field of study. I understand that it’s not easy to get vaccines right all the time for everyone. However, I argue that the main concern about influenza vaccine science is the rush to get vaccines on the market. Vaccines are an annual income opportunity for pharmaceutical companies. Though the market is global and brings in billions of dollars, drug manufacturers claim they can’t make a profit. They stand to make huge profits if more people were vaccinated. Some scientists claim the science is biased in favor of the manufacturers.

A 2014 Cochrane Collaborative review found bias in scientific papers about influenza vaccine effectiveness. The report points out that authors made claims unsupported by the data, and favored industry-funded studies. The authors concluded that routine influenza vaccination as a public health measure for everyone has not enough scientific evidence of efficacy or safety.

An updated review in 2018 (Demicheli, Jefferson, Ferroni, Rivetti, & Di Pietrantonj, 2018), found that inactivated influenza vaccines reduced the effects of the flu by 2.3% in adults. The authors were uncertain about the evidence for getting seasonal vaccines during pregnancy, stating at best minimal protection.

Do You Need A Flu Shot Every Year?

Besides its low performance, the annual flu shot policy concerns me most. Other types of vaccines like for measles and polio provide better coverage. For lifetime protection from measles, children require two shots. One shot for polio grants 99 percent protection for 18 years. For influenza, you have to get a shot every year with no guarantee of effectiveness. You get average effectiveness of reduced symptoms that vary from year to year depending on the influenza strain in circulation and your immune status.

Why Not Skip The Shot, Catch The Flu, and Treat It With A Drug?

There are few anti-viral drugs for influenza, but these don’t work well and are expensive. Even if they were effective, would the cost justify their use?

Tamiflu (oseltamivir) only works if taken within a narrow window of time when you first develop symptoms. A 2009 report in the British Medical Journal found the evidence for the use of Tamiflu was fragmented, inconsistent, and contradictory. A Cochrane Review found that oseltamivir shortened the duration of the flu by less than one day. (Jefferson et al., 2014)The authors found no evidence that oseltamivir was any better than acetaminophen. And, a meta-analysis of the results of oseltamivir found that it only partially alleviated symptoms. (Dobson, Whitley, Pocock, & Monto, 2015)Dosing is twice daily for five days.

A new anti-flu drug, Xofluza (baloxivir marboxil) claims you only need one dose. Xofluza was developed in Japan by Shionogi. It acts on an earlier step in the influenza virus’ replication cycle. When it works, it might shorten your sick time by one day.

Both drugs take about three days for effects to kick in, though Xofluza acts slightly faster than Tamiflu. Xofluza costs more than $150 for two tablets. Tamiflu costs about $50 for five days. Tylenol (acetaminophen) costs less than $9 for five days.

What You Should Look Out For During The 2019 Flu Season

The U.S. CDC and Canadian Public Health Services report most flu cases this year are caused by Influenza A(H1N1) and A(H3N2). H1N1 and H3N2 are types of swine flu. Influenza A(H3N2) is known to adapt quickly to evade seasonal influenza vaccine. So far, H1N1 is more prevalent. However, should H3N2 become the dominant strain, expect increased cases of infection and more severe illness. H3N2 and Influenza B viruses caused most sickness in last year’s severe flu season.

Most of this year’s influenza vaccine is the quadrivalent type. It might be more effective than standard trivalent vaccines, but it costs more. Health insurance typically covers the cost of vaccination.

Booster doses, getting two or more flu shots, might be more effective. The CDC recommends two shots for children 6 months through 8 years. Those with immune deficiency conditions like organ transplant patients and H.I.V. might benefit from two doses.

Fluzone, the high-dose trivalent flu vaccine is four times the strength of the regular shot. It’s reserved for people over 65 years. Fluzone is supposed to work better because it stimulates more antibodies against influenza viruses.

You might reconsider the value of getting a flu shot because influenza infections are getting progressively stronger and spreading further, and flu season is lasting longer. We’re overdue for an influenza pandemic. Vaccination against a pandemic influenza strain could save your life.

Herd immunity during a pandemic could make a significant difference in the burden on hospitals and surge units and may reduce deaths. However, it takes at least 33 vaccinated out of 100 adults to prevent a single case of influenza. That means that at least 70 percent need to have a flu shot to protect a population. In a worst-case pandemic scenario, city governments may mandate vaccination and prevent anyone who is not vaccinated from entering their city.

Getting vaccinated may help reduce your sick time and lessen the intensity of infection. During a severe flu season that could keep you out of the hospital. Studies suggest that influenza vaccination prevents about 85,000 hospital visits for the flu every year.

Flu vaccination can save a child’s life. Pregnant women and their fetus are more vulnerable to the consequences of influenza infection so a flu shot might help avoid the worse, but I have reservations about universal flu shots for pregnant women and infants. And, I don’t favor 2 doses for young children.

Exposing young children to too many vaccines, including annual flu shots, is risky. In 2014, the FDA approved a nasal spray, FluMist, for children. In 2016, the FDA withdrew its recommendation because FluMist didn’t work.

Though largely ineffective for older people, who need a dose four times the average, vaccination may reduce hospitalization and deaths.

It takes about two weeks for the protective benefits of the flu shot to work. The best time to get vaccinated is in late fall during a typical flu season. But, late December or early in the New Year works during flu seasons that peak later and last longer.

Influenza vaccines have improved over the last two decades. They are proven safe when used as recommended by the CDC. However, I question the wisdom of annual flu shots from infancy to old age until scientifically proven to be effective.

Your best bet for not catching the flu is to avoid contagion and support healthy immunity. 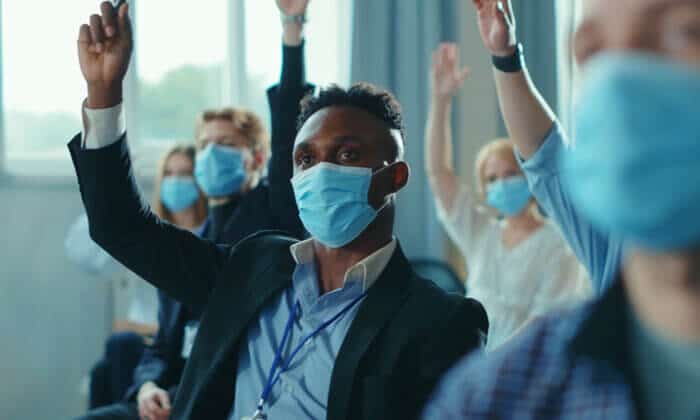